With the rise of the gig economy and a wider swathe of Americans defining work on their own terms, the assumption of slow payments isn’t as safe as it once was. Gig workers—the independent contractor crowd—are on a healthy growth curve. According to the PYMNTS Gig Economy Index, “Gig economy workers are projected to account for more than $677 billion of total U.S. income in 2017.”

Gig workers are the intrepid workforce of the future. They challenge the status quo by forging a new model of work contracts made up of several clients of their choosing. By turning the age-old management model of the nine-to-five on its head, many gig workers are able to create their ideal future by being their own boss.

This type of work is expected to swell by the year 2020. Which begs the question: How exactly are slow payments holding gig workers back? Is it float time? Swamped payment personnel? Legacy payment technology? As it turns out, it’s a little bit of everything.

This emerging style of work clashes with legacy payment terms as most would expect. The challenge many gig workers face is cash liquidity. Some may negotiate advance payment terms with smaller clients, but when contracting with a bigger enterprise, gig workers may be subject to 90- or 120-day payment terms. Paying bills or covering expenses within those terms is a challenge, to say the least. Chairman and CEO of HyperWallet, Brent Warrington, shares his thoughts on the remedy for slow payments:

“In some cases, liquidity is the big issue. Marketplaces may need to cover the cost of working capital if they want to pay workers sooner. Other times, it’s the treasury systems, which are not equipped to meet modern expectations for payment speed.”

Fintechs are entering the market to close the time gap in payments between businesses and consumers alike. This is not just for the sole purpose of faster payments, but to address the shifting role of banking as an industry.

Banks, for some time, have felt a shift in the wind. Self-service platforms like banking apps that allow everything from money transfers to check deposits autonomously speak of a growing need for digital interface and less one-on-one transacting with a bank teller. This means one thing—good old-fashioned customer service—in the form of a smile and wink—just won’t cut it anymore.

Banks must change from being a dispenser of funds to a proactive partner by advising customers on their financial journey. Taking on a more advisory role means that data visibility and the ease of moving money grow more important each year. Making payments in the modern age means excluding a lot of the old manual work like slipping a check in the mail or filling out bank forms to move money overseas. Payments aren’t being viewed as a service anymore but as data opportunities.

Faster payments are a data opportunity

Banks, along with many companies, aren’t just interested in helping consumers or businesses move their money around, but in observing the patterns and data attached to payments.

Payments carry rich data in the form of remittances and reconciliation paperwork. Services that cut down on the back-end work by automating reconciliations along with the payment are serving a need for faster, more accurate transactions.

Hunting down payment reconciliation information can feel like a needle in a haystack hunt for AP staff, and services that cut down on this type of work help drive revenue back through the doors of businesses instead of leaking costs with inefficient manual tasks or financial drudgery. This also means that contractors or gig workers have a chance of getting paid sooner. According to the PYMNTS Gig Economy Index: “84 percent of surveyed respondents said they would do more gig work if they were paid faster.”

Economically, faster payments make sense. Check float isn’t what it used to be. But in the long run, it isn’t just about sending payments faster but making way for new imaginings of the banking industry and the traditional workplace. Creating services that serve greater personalization and autonomy will equip the modern worker with more options to do the kind of work they want, which benefits everyone.

Job seekers across the world who utilize any online services for posting resumes and contact information are at great risk for being targets of computer viruses delivered via email. When a person is aggressively looking for work, any email that comes in which has the appearance of a job opportunity and/or interest from a potential […]

There are lots of people moving from Cable TV subscriptions to Streaming TV. Maybe some of your friends and family have already “cut the cord.” Is it possible to leave your cable TV provider, continue to enjoy all the Television channels you currently watch…and save money? Read the article at MikeaboutMoney.com.

Patrick Schwerdtfeger is a business futurist who specialized in technology trends, and he’s written a new book, Anarchy, Inc: Profiting in a Decentralized World with Artificial Intelligence and Blockchain. And he writes “change is coming. Decentralization has already planted its roots. Anarchy is within sight. In fact, elements of anarchy are already here. A few will flourish while the majority struggle.” We wanted to know how can we be among the winners and not the losers in this new technological and financial struggle. Read More at MikeaboutMoney.com. 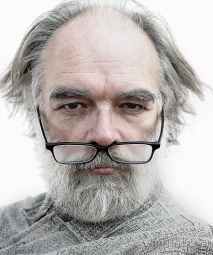 More than half of workers 60 years old or older say they are postponing retirement plans, according to a new study by employment site CareerBuilder. Four out of 10 workers said they don’t think they can retire until at least age 70. The biggest reason is uncertainty over how much money is needed to retire.

You may not have to postpone your retirement if you follow the sound advice in this new article, Retirement Planning is One Big Math Problem, just posted at MikeaboutMoney.com

PayPal will be expanding its in-store payment offerings this year, now offering users the ability to deposit money onto a prepaid debit card or use their service via a partnership with Samsung Pay.

This makes paying for goods easier for consumers, especially the so-called “un-banked.” But, are Debit Cards a secure way to complete transactions? You may be surprised at the answers. Read more here at MikeaboutMoney.com. 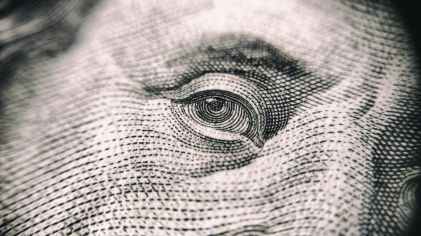 The acting director of the Consumer Financial Protection Bureau says he wants to cut off public access to a database of consumer complaints about banks. Mick Mulvaney told the American Bankers Association the agency should not be running a “Yelp for financial service companies.”

What do you think?

Being a young adult can be exciting – enjoying the early stages of a career, having your own place, making new friends – but it can also be confusing and stressful. One of the reasons is money, and learning how to manage it.

This important article was just posted at MikeAboutMoney.com.

Some consumers who own 13-inch Macbook Pros will get a free new battery. Apple says it has found that a component in some of the devices can cause the battery to expand. You can find out if you’re eligible for a new battery by going to the Apple Support page.

The campaign to fast track autonomous car testing has gotten a new ally. The Wine & Spirits Wholesalers Association of America says its joining the Campaign for Future Mobility, a lobbying group promoting autonomous car legislation. In the past the group has praised self-driving cars for safety reasons.